Read my other article to find out why the EU referendum has resulted in a mandate to negotiate reform of the EU, not a mandate to leave the EU.

There were many different reasons for voting leave in our referendum. There cannot be a one size fits all plaster, even if Nigel Farage and Co think leaving the EU will do the trick.

There are many different things that we need to address, and in different ways.

1) Some people voted to leave because they didn't think their vote would count. They wanted to protest.

We've all seen these people on the media over the past week. This is a problem with our democracy. We need people to engage more in politics. We should be glad that this referendum has finally bucked the trend of fewer and fewer people taking part in politics. This was the highest national poll turnout in the UK since 1992. We need things to stay like this. The more people feel engaged in politics, the less they will feel the need to protest vote.

The polls suggest that the youth vote was still the lowest turnout by quite a long way. Younger people are not interested in politics, and are probably cynical of it. And it's just assumed that everyone knows how politics works. I believe we should have politics education in school. Nothing too in depth, just the basics about how our electoral system works, how the Government works, how the EU works, etc. I was taught literally nothing at school about politics and had to work it all out for myself.

This is a very simple change to the curriculum which could have massive implications for our democracy.

2) Some people voted to leave to decrease immigration. 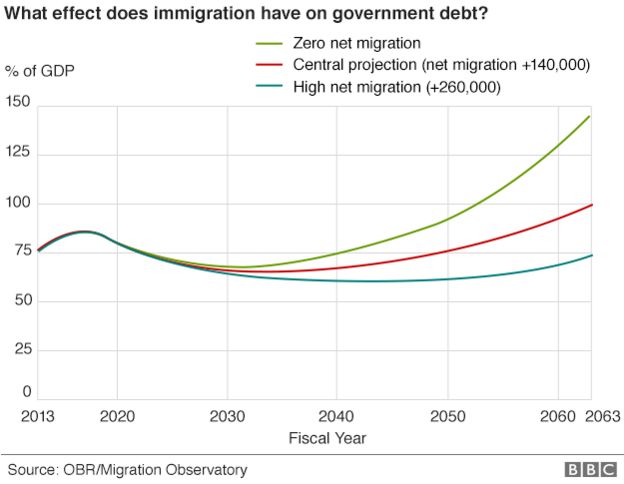 There are 2 aspects to address here. Immigration from EU countries has been shown to benefit our resources, not hinder them. The average immigrant is generally younger, healthier and more likely to be in work than our native population. Immigration makes the NHS, schooling, and all of the other public services cheaper because they pay more in than they take out. The annual net surplus from the tax income versus the public service expenditure pays for the entire NHS for a week. Just the surplus! The benefit is even greater when you factor in that the fixed costs such as the military (which do not go up as the population increases) are now effectively cheaper because they are spread over more people.

We need to educate people about this. And not in a patronising way. We need to get better at engaging with people who maybe believe the newspapers a bit too much, and maybe haven't received the best education in the world, or maybe just don't have an extensive social circle to find out about this stuff.

We need to point out that benefits tourism can be easily combated. Under EU rules, we can refuse to pay benefits to immigrants who do not work. And thanks to David Cameron's negotiations, we can withhold benefits for up to 4 years from those who are working too. If the Government implements it, benefits tourism is effectively over.

If we could educate people about this effectively, this on its own could be enough to win the population over to the EU.

3) Some people voted to leave to have controlled (points-based) immigration, even if this meant increasing numbers.

For me, that's a price I'm prepared to pay. For others, it clearly isn't.

This is a big problem, because the EU's positional argument is that the free movement of people is non-negotiable.

However, there is clearly room for negotiation here. There are many avenues for discussion which could keep a lot of leave voters happy. Due to it's "special status", Liechtenstein has almost unilaterally introduced an immigration quota and still has access to the single market. We could look at fixed term solutions extendible by mutual agreement. We could look at special solutions for special economic situations. For example, when some countries' economies are much stronger than some others, it may be preferable to introduce a new system. The EU has grown much faster than was ever expected when the idea of free movement of people was first introduced. I don't think anyone envisaged that the EU would cover such a massive divergence of economies.

We could even look at introducing a points based system which is heavily weighted in favour of EU citizens.

We are going to have to be creative with our ideas here. The Northern Ireland peace process didn't resolve the situation by churning up the same old ideas that had been floating around for 300 years. They sat down and worked on their interests and came up with a wide range of creative ideas to satify those interests.

Even if all of these possibilities come to nothing, we must at least investigate them openly, without prejudice and without threats and ultimatums.

4) Some people voted to leave because they believe the EU to be undemocratic and a ruling elite.

The EU is basically the world's most democratic national or supranational organisation. Especially when you compare it to the UK!

However, as with any democracy, there is always room for improvement. If the European Commissioners were directly elected by each country, it would be difficult to describe the EU as anything other than the perfect democratic model.

We absolutely must press for this change and/or other democratic reform. This is such an easy win and could change the opinions of a lot of voters.

At the same time, we must be very vocal about how democratic the EU already is. There is a massive urban myth to break down and it isn't going to be easy. We need to explain to people how the EU system works. And why it works that way. We need to not just get people engaged in UK politics, but also EU politics.

5) Some people voted to leave because they believe the EU restrains our trade with non-EU countries.

This is largely down to perception. A lot of the arguments used to justify this are actually based on UK policies and are falsely attributed to the EU. Others involve misinterpreting EU law, whilst some EU laws may actually be detrimental to some companies that trade internationally, whilst beneficial to others.

We desperately need to negotiate and clarify all of these areas with the EU to make sure that membership is not detrimental to trade outside the EU. We are part of all of the trade deals that the EU has negotiated. If there was something wrong, we could have just vetoed them at the time.

If there are improvements that can be made, we need to make them from the inside so that all of the member states can benefit. It's better to be part of the EU than in competition with it.

6) Some people voted to leave because they don't understand the EU, or they don't know who any of the politicians are. Or they think that it's just foreigners making rules for Britain.

This is an awful reflection on our society. This should never be the reason for voting for or against anything. In an ideal world, people should only be voting on things they understand. In the real world, this is always going to happen.

This is down to poor education again. We need to be educating people about the basics of our political systems so that they can make informed decisions about the things that affect their lives.

We need to get talking to the people that we each know that voted out of ignorance and help them to understand the pros and cons. There's only so much that the Government can do. We all need to get involved.

7) Some people voted to leave because they blame the EU for problems caused by our own Government.

This is unfair on the EU. I believe this sort of argument tends to come about in 2 ways. Firstly, misinformation. Usually from newspapers or other vested interests trying to blame the EU for our own internal problems. But I've frequently seen these sorts of arguments used when someone has lost their original argument, but they've dug their heels in, so they'll throw anything at it to save face.

We need to make sure that when we're engaging with people, and trying to educate them, that we are not trying to "beat" them in an argument. We need to respect their position, acknowledge their concerns and inform them of the facts in a way that helps them to take on board the information, without feeling defeated.

And then we need to outline the problems with our own Government with them so that they understand the difference.

8) Some people voted to leave because of genuine problems with the EU that need reforming.

We all agree that the EU has problems. And ALL of them can be resolved inside the EU. It would be awful to leave the EU and then for all of these problems to be fixed without us. If we try to get back in, we'll get a much worse deal than we already have.

We need to openly admit to the real problems with the EU and to start discussing the best ways to reform them.

The Common Agricultural Policy has been in need of reform for decades. The Common Fisheries Policy is incredibly controversial. The notion that something as important as the TTIP negotiations are held behind closed doors is incredibly humiliating for the EU.

A lot of people have said that the EU is incapable of reform on these issues, and this is just absurd. The EU has reformed itself so much since the Maastrict Treaty in 1992 that it is barely recognisable. The EU is one of the fastest self-reforming organisations that I can think of. I can't think of a single national Government in the world that has undergone such fundamental reform in such a short space of time without a war.

The UK is not alone in wanting to reform the EU. It is not Us versus Them. There is a cross-member group called DiEM25 aiming to radically reform the democratic systems of the EU and make it completely open and accountable by 2025. With our help, it will succeed.

And there are many other reasons too. We need to address them with facts and reason, not scaremongering and more lies. We need to hear and understand what led to the situation we're in now. It's been coming for a long time and we've had our heads in the sand for too long.

There's a lot of work to do, and it needs to be done.

Too many of us were complacent before the referendum because we didn't think it would actually end up this way. We didn't realise the problem had got out of hand.

We ALL need to get involved. We all need to start engaging with each other maturely and respectfully. If you argue with someone, they will just dig their heels in and refuse to listen. We need to understand the interests behind each others' positions.

And most importantly, insist that our politicians (our MPs AND our MEPs) do their jobs and negotiate a reformed EU for the benefit of the whole country. Get writing!

If we can all work to resolve these points, to move away from our positional arguments and try to get the best deal for the UK AND the EU, regardless of whether that means the EU, EEA, EFTA or WTO, then we should be able to get an agreement that the vast majority of the country can agree on. And if people really want to, we could hold another referendum then. But there is no point doing it before the vast majority of these issues are resolved.

Let's get to work.