The way forward after the EU referendum

How can we move forward from such a close referendum result? Trigger Article 50 and leave? Ignore the result? Have a second referendum?

Absolutely no to all of those. None of those options will solve the problem.

If we just ignore the result, half the population will be livid. If we press ahead and leave, the other half will be livid. The referendum result was just too close to give a mandate to blindly make irreversible decisions.

So why not hold a second referendum and see if that is any better? Lots of people have changed their minds...

Because it won't be any better. The polls I've seen just suggest that it will make an even thinner margin. Even if it went the other way, we can't have the best of 3, and a narrow margin in favour of Remain is still not a solution.

The Mandate for Change

The result of the referendum is not big enough to give a mandate for a particular position. But it damn well IS a mandate to do something.

52% of the voters felt strongly enough about the EU to want to leave. Even if that meant financial suicide for them, their families and the whole nation. We have to take notice. 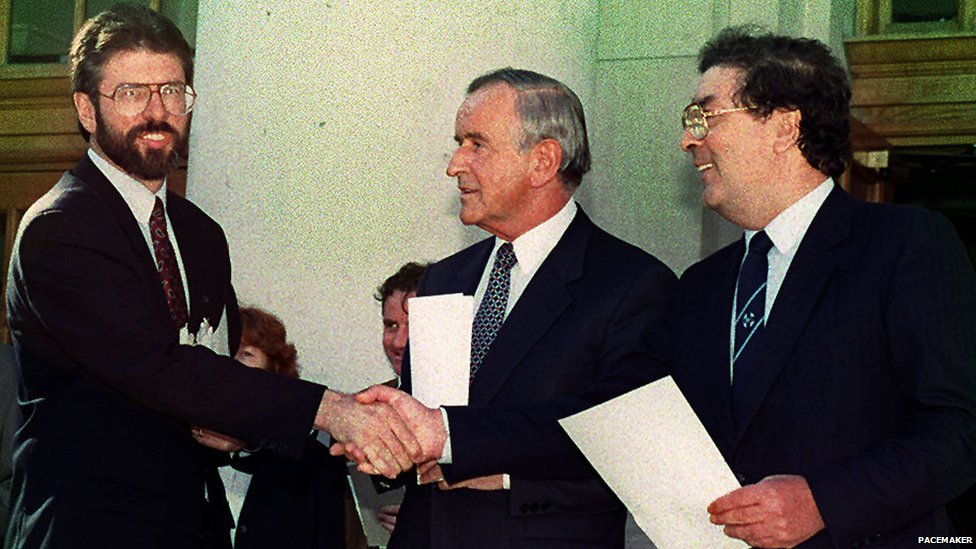 The Northern Ireland peace process broke through the positional arguments of a united Ireland vs a united Britain by satisfying the underlying interests of all parties However, wanting to leave the EU or stay in the EU is a positional argument. Leave, or Remain, there's no middle ground. There's no room for negotiation. So people are assuming that there's nothing to negotiate about, just make a decision.

But that's not the case. Arguing positions is futile. Effective negotiation comes from arguing principles (or interests). Your "position" is something you have decided upon. Your "interests" are what caused you to so decide. I would strongly recommend reading "Getting to Yes" by Profs. Roger Fisher & William L. Ury to fully understand the negotiation terminology and methodology.

Both sides here have many interests. And in a lot of cases, those interests are shared, it's just the positions that are different. We all want the UK (and the EU) to prosper financially (unless you're some weird psychopath), we want to get on well with our closest neighbours and still trade with the whole world. And we all want the EU to be reformed.

There is so much for the UK and the EU to discuss and to negotiate. The EU's raison d'etre is to find the common ground and the win-win situations between member states. This referendum is no different.

A key part of any negotiation is knowing your BATNA; your "Best Alternative To a Negotiated Agreement". The UK has a big problem here. Thanks to the appalling leave campaign, there's no plan, we have no agreed BATNA. We don't know whether the 52% who voted to leave would prefer to join the EEA, join the EFTA, just have bilateral agreements, or just use the default WTO system. Out of the 5 options (EU, EEA, EFTA, Bilateral agreements, and WTO), it is most likely that the 48% who voted for the EU is actually the biggest group. None of the other options are likely to get anywhere near 48% of the electorate.

This means that whichever BATNA is chosen for us, the vast majority of the British public will be against it.

So just mathematically, we HAVE to make the EU work in order to get anything positive out of this referendum.

And this is not without precedence. There are many cases across the developed, democratic world where referenda have been held and the result used to advise the general direction of the Government and Parliament, without dictating the specific route or position. I would like to draw your specific attention to:

This referendum rejected the Maastrict Treaty and, indirectly, Denmark's membership of the EU by 50.7%. Instead of withdrawing from the EU, the Danish Government negotiated a better settlement with the other EU member states and a second referendum voted 56.7% in favour (an even bigger margin than the original)

This rejected the Lisbon Treaty by 53.4%. After further changes to the treaty, a second referendum voted in favour by 67.1%. Again, this is a MUCH higher margin than the original vote.

The UK is not alone is being dissatisfied with the EU. There is massive support for reforming it across the whole of the EU. This referendum gives the UK a mandate to lead the reform of the EU. Let's use this referendum to solve our problems, not to create new ones. If we do that, we'll be able to satisfy vastly more than 52% of us.

OK, so how can we address the reasons people voted to Leave the EU, and what can we negotiate with the EU?